What New Discoveries In Depression Treatment Are Out There? 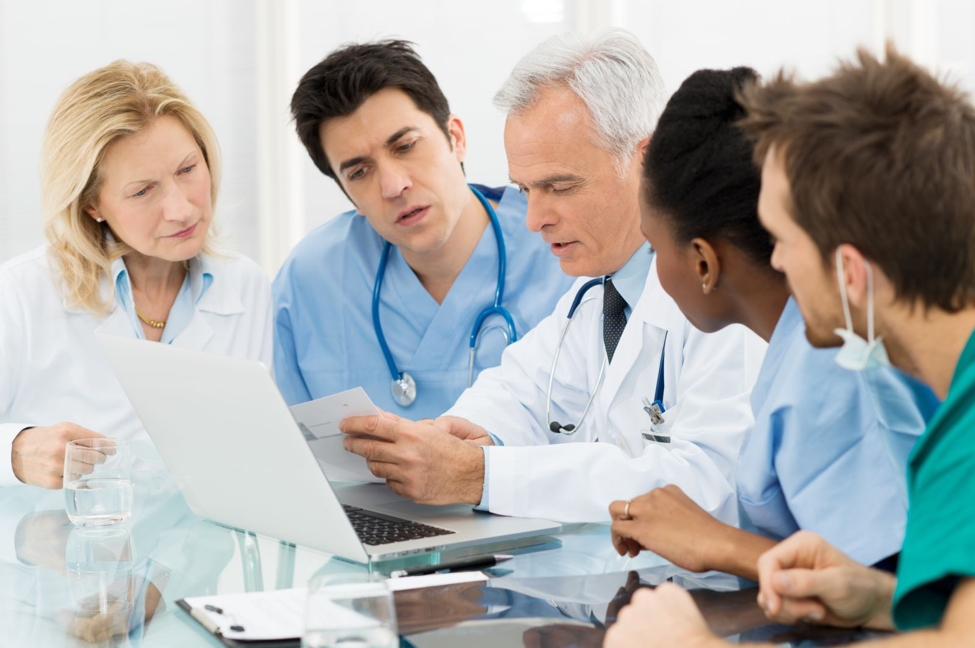 If your current prescription medications are falling short, recent discoveries in brain imaging studies reveal a new way to treat depression that may help.

Medications are a common and sometimes effective treatment for depression, but they are far from perfect. In fact, in some cases meds have proven to be no better than a sugar pill or placebo, and some patients don’t respond to any of the drug options currently available.

“We have over 50 years of depression research, but prescription medications have not been very effective in treating most people suffering from depression or stemming the tide of suicide. You are more likely to die of suicide than breast cancer, and in teens the most common cause of death is suicide, not accidents or other medical problems,” adds Dr. Gerald W. Grass, director of the Ketamine Research Institute. “Ineffective treatment options represent a huge clinical challenge, and it has tremendous societal implications.”

Antidepressants May Not Be The Entire Answer

From the time drugs were first developed to treat depression back in the 1950s to today, they have all worked through similar biochemical actions, Grass says. The most commonly known and prescribed class of drugs is the selective serotonin reuptake inhibitor, or SSRI. These drugs, which include the brands Prozac, Zoloft, Paxil and Lexapro, regulate the amount of serotonin, a brain chemical called a neurotransmitter that carries signals between neurons and is thought to regulate mood. “Unfortunately, they have not been as helpful as we had hoped for many people, and the rate of response to them is not as high as we need it to be.” Grass says. Studies have shown that only 1 in 3 patients respond to SSRIs, in fact, and even for those it can take several weeks or months before improvement is seen. Even more aggressive new treatments to combat mood disorders such as transcranial magnetic stimulation (rTMS) is only about 38% effective and even the older “gold standard” treatment of psychiatry, electroconvulsive shock treatment (ECT) is not much better and is only effective for about 50% of patients. Why have we not been able to do better?

That answer may be becoming apparent with new diagnostic brain imaging studies that have been recently developed. Until now current treatments for depression with antidepressants were based on the assumption that low levels of brain neurotransmitters like serotonin and dopamine were the cause of depression. But what if we were wrong and they were not the cause of the depression but only the consequence of it? That may indeed be the case; new research findings looking at the brain’s “internal wiring network” suggest that low levels of these brain chemicals may have been the result of having depression and not the cause of it.

An important question emerged in the late 1990’s with the observation by researchers that brain tissue in critical areas of the brain was reduced in people who had been under prolonged stress and in combat veterans with PTSD.

Later research conducted in animal studies provided more critical information. Initial data by investigators at Stanford University, suggested that stress might promote the “death” of neurons, suggesting that the brain volume reductions seen in patients under stress and those with PTSD might reflect the loss of nerve cells. More recent research by Bruce McEwen and colleagues at Rockefeller University showed that stress can cause neurons to shrink and to retract their connections. These lost connections were seen as critically important to the ability of these neurons to work together in highly inter-connected networks. But what is the link between this type of “neural remodeling” and the behavioral changes, including depression, that follow stress exposure?

The answer to that question was found with the development of new ways to look at brain structures including a type of MRI study called Diffusion Tensor Imaging or “DTI”. Using DTI techniques researchers have could examine these “neural network connections” in much greater detail. We now see that these critical neural circuits play an important role in the development of major depressive disorders; specifically, that microscopic structural changes between the white matter of higher and deeper layer of the brain known as the cortical–subcortical circuits lead to a “disconnection syndrome” between those cortical and subcortical regions. Researchers have since identified 4 consistent locations of decreased connectivity in patients with major depression: the right frontal white matter, the white matter under the right fusiform gyrus of the temporal lobe, the left frontal white matter and the white matter under the right occipital lobe.

This decrease in white matter “connectivity” suggests a loss of integrity of white matter fiber tracts linking the prefrontal lobe with the cortex in the temporal lobe, occipital lobe and subcortical areas, such as the amygdala and hippocampus which are involved in various mood disorders including depression, anxiety and PTSD.

These studies help to make the case that stress-related changes in the structure of nerve cells and their connections may have important behavioral consequences resulting in the development of not only depression but anxiety and PTSD as well, explains Dr. Grass. “The importance of these findings is based on the well-known fact that synapses have a great potential and ability to make rapid changes, which may underlie sudden mood swings.

More importantly, is the discovery that it is now possible to restore “disconnected” brain synapses in a very short period of time (hours or even minutes), which opens up exciting new avenues for treatments that may provide immediate relief from depressive symptoms.”

New Options To “Reconnect” The Brain

The most exciting new development in drug treatment is with Restore Infusion Therapy a new type of ketamine infusion. This new treatment protocol has shown remarkable results in people who didn’t respond to other conventional treatments including multiple antidepressants, magnetic stimulation or ECT therapy.

An early pioneer in this area of research, Grass noted that available antidepressants all targeted chemical systems like serotonin and dopamine that worked in “primitive” areas of the brain, he says. “Higher centers of the brain use different chemicals, like glutamate and GABA. We thought depression might lie with these chemicals, so we probed that system.” One of the few drugs available to affect glutamate signaling was ketamine, which we were already using to treat chronic pain. We tried it on depression. “It far exceeded our expectations,” Grass says. “We have seen, in study after study, instead of waiting two months for a response, we could see a high rate of response in 24 hours.”

Supporting the “disconnection syndrome” theory of depression, later studies then began to suggest how ketamine might work. When experimental animals with depression were given ketamine infusions researchers saw a rapid “reconnection or rebooting” of the brain network following the infusion. Areas of the brain that were previously connected when the animal were healthy and later became disconnected when they were depressed became connected again. More than that, they discovered that following the treatment new nerve connections began to develop almost immediately.

Ketamine was found to stimulate a brain “nerve growth” factor known as BDNF which could reverse some of the disconnections seen in depression and other mood disorders. But there was a catch, a single infusion only seems to last for 3-7 days before the depression returned. “One group in Minnesota found a way to increase the beneficial effect out to 1 month by giving six infusions over a two-week period. This was much better, but patients then often need ongoing “booster infusions” every 4-6 weeks after that to make it last.” Grass said. “We took a different approach and optimized the amount of medication given to each patient for specific conditions, but more than that we have found that by adding synergistic agents which make ketamine work better and considering each person unique genetics and history we could achieve better results with only 3 infusion and they would last for 3-6 months.”

That is a question that many people are asking. The original infusion was developed to investigate another mood disorder and not depression. It was formulated as the lowest possible dose to achieve a mild euphoria in normal test subjects and only later was it found to be helpful in some cases of depression. The optimal dosing and infusion frequency was unknown for some time before more effective formulations and administration techniques were discovered.

The Restore Infusion is an advanced form of the standard ketamine infusion which has been shown to enhance and restore brain connectivity, capable of establishing new neuronal connections within minutes of treatment. “The effect is nothing less than astonishing in some cases” Dr. Grass says.

“Some people have the impression that all people with depression are alike, but you really need to know a lot about the patient to appropriately consider ketamine therapy for them. The practice is being transformed with Restore to involve careful diagnosis, matching the treatment to various subgroups, genetics and prior treatment response to create a “personalized” approach to more effective therapy.” Dr. Grass said.

As each person is unique and different, the treatment must be individually tailored to match the patient. The amount of medication needed from patient to patient can vary greatly. It is critically important to achieved the most effective serum concentration, also known as the effective dose for 95% of patients or (ED95), to achieve optimal results. This can be challenging and many physicians are unaware of the optimal serum concentrations needed. In addition, other factors such as current medications, body composition, ancestral heritage and other genetic factors play a vital role in treatment response.

Also, because Restore is administered by infusion, it requires close physician monitoring and adjustment during the treatment phase to ensure the best results. Within minutes to hours after the infusion, many patients report their symptoms begin to improve almost immediately. “Those results are holding up in clinical trials,” Grass says. “Frankly, it is wonderful to have something that is so effective and acts so rapidly.”

What the Future Holds

The future of drug treatment for depression, as with for many other diseases, lies in the genetic code and a better understanding of how the disorder occurs. Realizing the tremendous potential of ketamine therapy, numerous researchers and pharmaceutical companies are working to develop other versions of ketamine that can be administered in other ways, including as an oral medication or a nasal mist. It may be a few years before any of these ketamine treatments are FDA-approved, but because the drug is already approved for other uses, some psychiatrists are recommending ketamine infusion therapy for their patients with treatment resistant depression now.

Learn more about Restore and Depression