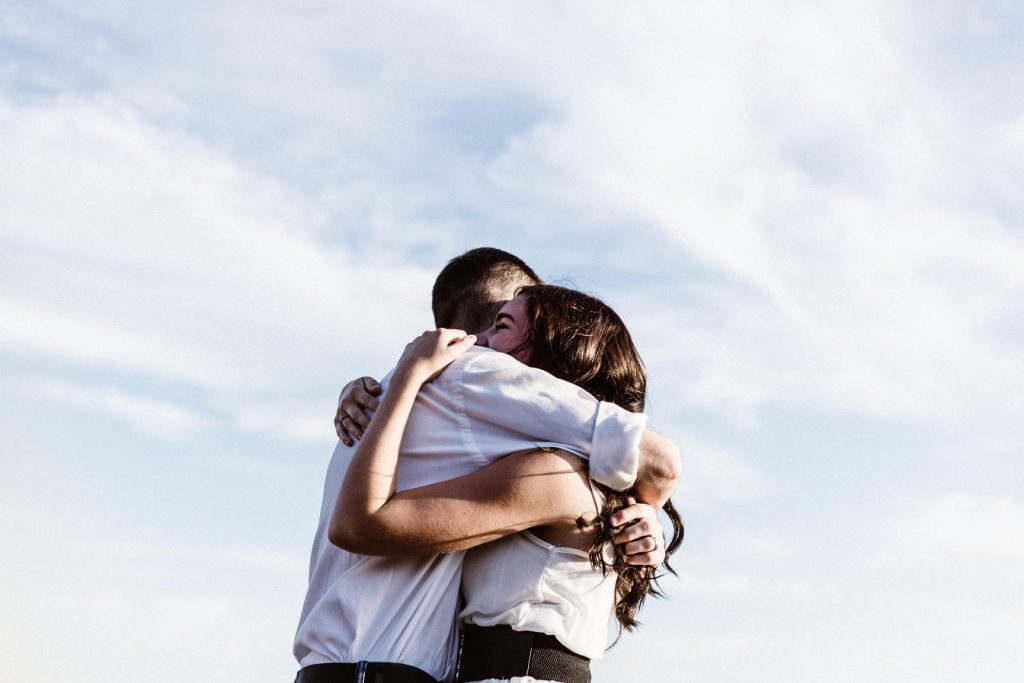 “After many years of struggle - I am excited for our life together again!  Thank you for changing our lives for the better and bringing us joy again.”

Lisa (not her real name for purposes of anonymity) has no doubt that RESTORE helped her husband and saved her marriage.

From all external appearances, Tom and Lisa were the perfect couple. They were both highly educated, creative and successful by outward all appearances. But Tom paid a high price for success. In the past Tom had struggled with depression and anxiety but this time it was worse. It began slowly, with him just feeling tired all the time. He just didn’t have any energy and felt spent all the time. And the exhaustion wasn’t just physical, he was mentally and emotionally drained. He felt as if nothing mattered that much anymore (including his relationship with Lisa) and was deeply disillusioned with everything.

Lisa was the first to notice that he had changed. She noticed that he seemed more distant from her, less attentive and generally pessimistic about everything. Things progressed for the worse and their relationship suffered. Lisa tried to get help, and together they went to various well-respected specialists and tried therapy, marriage retreats and medications. But nothing seemed to help.

Then, during a visit to a new doctor, he suggested Tom consider trying something radically new, a ketamine infusion. They had never heard of it before and being an analyst for a major corporation, decided to research as much as she could about this new therapy.

Her research showed that ketamine blocks a brain cell receptor known as the NMDA receptor. After just a single infusion, by blocking this receptor, the brain would produce a rapid release of a neurotransmitter known as glutamate. This initial and brief “glutamate burst” then quickly helps to rapidly improve and lessen symptoms of depression and anxiety for the first few days. That was the good news, but the bad news was that, even with the currently recommended 6 ketamine infusions over 2 weeks, the effects were only temporary, usually lasting 3-4 weeks.

Of course, that was still an improvement, even if they had to have infusions once a month. Then she learned that the main reason why the effects of a ketamine infusion do not last very long is because it does not allow for a second very important step to occur. It seems that to prolong the beneficial effects, a second brain messenger known as BDNF (brain derived neurotrophic factor) needs to be increased and maintained over time. BDNF has been compared to a type of “miracle grow” for brain cells. In the presence of this remarkable growth factor…nerves can begin to repair, reconnect and restore previously damaged connections. It was at this point that she learned about RESTORE.

The RESTORE infusion also exerts its initial effect by stimulating a glutamate burst, rapidly improving symptoms of depression and anxiety but more importantly, it has a secondary, longer lasting mechanism of action. Because of the way in which it is formulated, administered and adjusted the infusion for each person’s biochemistry and metabolism, RESTORE is able to also significantly increase the production and release BDNF.

Soon after, Tom decided to undergo the RESTORE infusion and here is what they had to say:

Changing Lives from a wife’s perspective

"I am writing to let you know that life has significantly changed for the better since my husband’s treatment just one month ago.

He had been struggling with severe depression and anxiety for over 10 years. It was hard on him, but it was also hard on me. Living with someone who was down and out most of the time was draining.

I never knew how the day would be. Would we be able to go out or even simply talk to one another. I stopped making plans because we seemed to have to cancel them much of the time. This went on for many years.

Then he found Restore at the Ketamine Research Institute. After his first treatment, everything shifted. I felt like I had my husband back. We were able to go out again, talk again, laugh together again, make plans and keep them!

I am so glad my husband is feeling better and has energy again, but I have to say I am so much happier myself knowing that I don’t have to worry about what the day will bring.

After many years of struggle - I am excited for our life together again!

Thank you for changing our lives for the better and bringing us joy again."

After Tom’s very first RESTORE infusion, he immediately began to feel more hopeful about life. By the time he completed his third and final infusion, his mood and outlook on life had completely changed. “My depression is now joy, my anxiety is now tranquility, and my irritability is now patience. Now, my brain is calm, and my heart is filled with happiness and love.” he said. Tom has since become more energetic, attentive and better able to engage in therapy. Today he says his feelings of disconnection and isolation are rare and manageable.

“I can see a tremendous difference in my thoughts, mindset and actions; I have been given a second chance at life and I’m beyond grateful.” he says. “If my symptoms return, I know that RESTORE has my back and that means that I can go on enjoying my life and my wife.”

One day, doctors may use ketamine-based therapy routinely not only to help severely depressed people, but many who suffer from related conditions such as Alzheimer’s disease, Parkinson’s disease, alcohol and substance abuse issues.

While the science is very promising, ketamine is not to be considered lightly and must be carefully monitored when used. Change is coming, new scientific research is shedding light on the potential cause of conditions such as depression, anxiety and chronic pain, changing the way we look at these illnesses and revolutionizing treatment options.