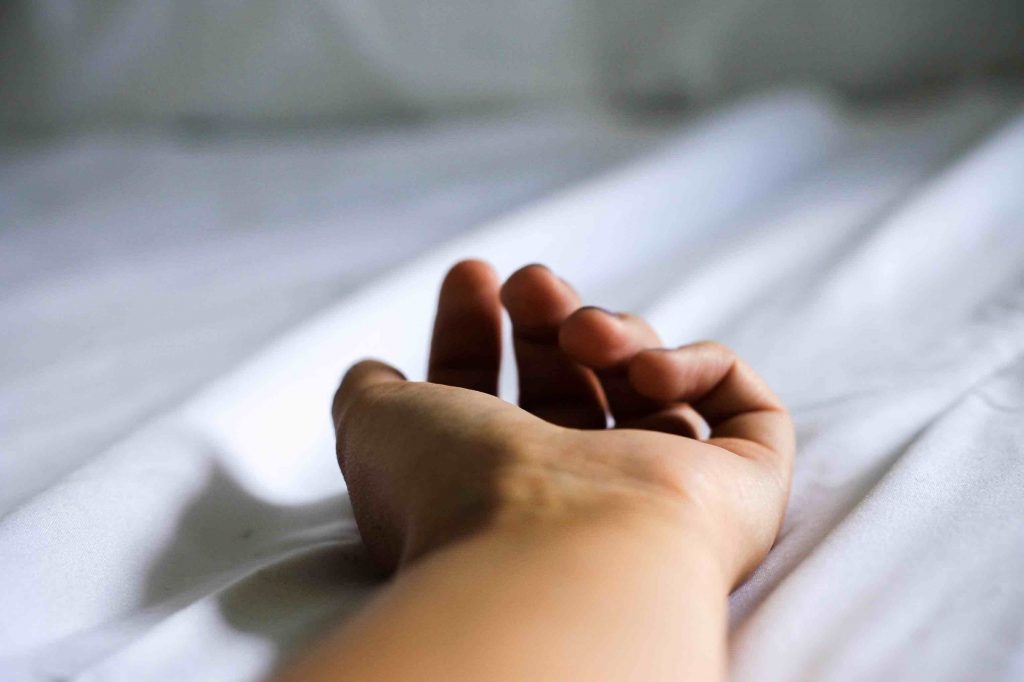 When You Are Seriously Depressed… Suicide Can Seem Like an Option

It seems like a simple request... you just want to feel good again, like you once did. Other people seem happy, content and enjoying life…but you don’t. Every day is difficult and overwhelming.  You always feel tired, fatigued and have lost interest in things that you once enjoyed.  Is it too much to ask to be able to wake up refreshed, feeling like you old self and happy for once?  What if there was is an option that could change your life in as little as one day!

The difficult part is that despite doing everything you can and are told to do... going to the doctor, taking various medications and trying alternative therapies… nothing seems to work. You’ve read books and articles, searched websites and blogs to find help, but still you suffer. Worse yet, some doctors may even have told that “there is nothing more we can do, we have tried everything" or “you may have to learn to live with it”. So, now what do you do?

When you have done everything, tried everything and nothing is relieving the darkness, going on with your life can appear dark and pointless…. something as unthinkable as suicide can seem like an option. 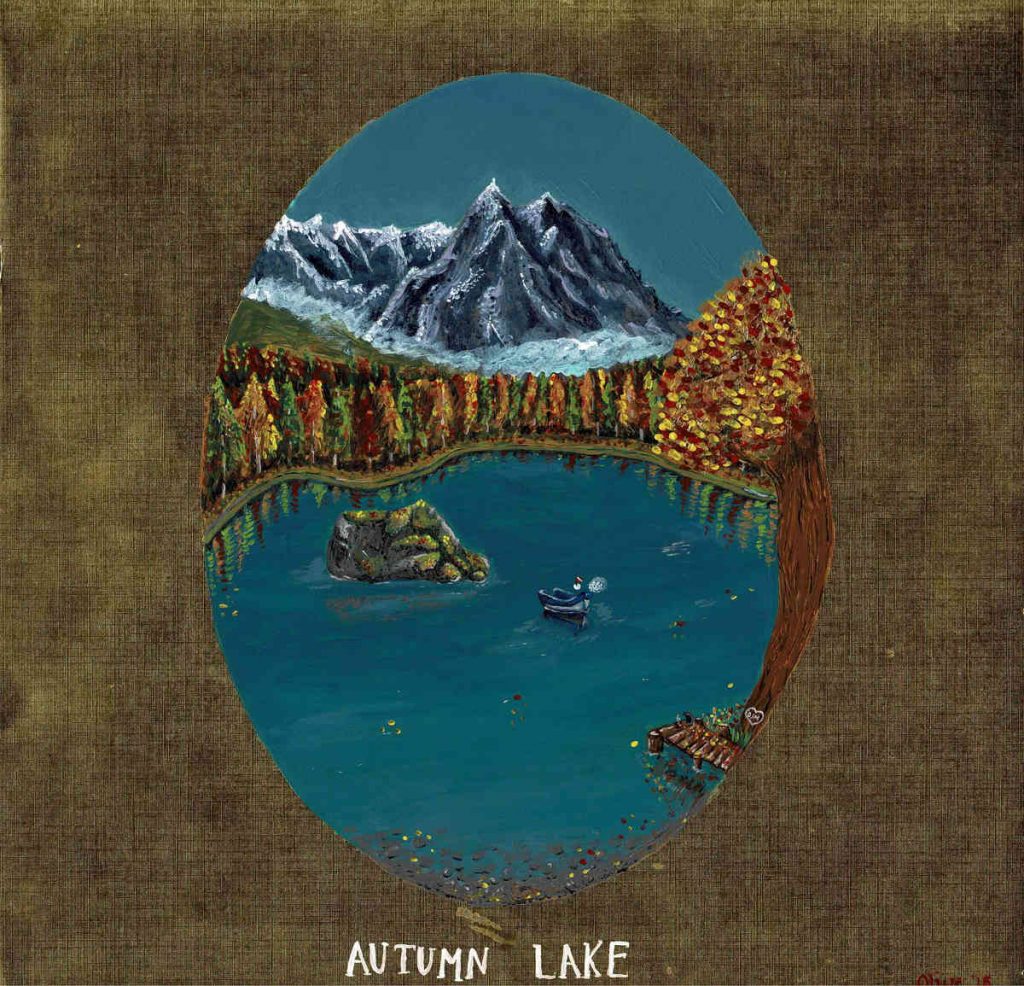 “I painted this for my mom so that she could envision me here in heaven after I took my life”.

Olivia (not her real name for purposes of anonymity) has no doubt that RESTORE saved her life. From all external appearances, she is a healthy, beautiful 23-year-old graduate student with her whole future ahead of her, but to her life seemed painful and pointless. She had been plagued by depression and anxiety since she was 12.

“I felt disconnected from everyone, lost interest in all the things that I once enjoyed and became profoundly apathetic to everyone and everything,” she said.

Olivia had struggled with suicidal thoughts and impulses for years. The thoughts began when she was in high school and became more frequent and intense in college. “It was a frequent and recurring internal monologue, if this is what my life is going to be like, why bother living,” she says. “It’s like being tortured by your own mind and it was quickly becoming more painful to live than to die.”

Olivia tried all of the conventional approach’s recommended by several physicians and psychiatrists over the years including psychotherapy, CBT, counseling, meditation, mindfulness and yoga. She even tried multiple medications – Prozac, Celexa, Zoloft, Lexapro, Effexor and many others with little improvement.

As a last resort, she planned to go to Switzerland where she could arrange for a legally assisted suicide and had been saving for the journey. Then, during a visit to a new doctor, he suggested she consider trying a ketamine infusion. After spending some time learning about ketamine and infusion treatment options, Olivia decided to undergo the RESTORE infusion.

“I can’t put into words how
extraordinary and life-changing
this treatment has been for me!”

After her very first RESTORE infusion, she immediately began to feel more hopeful about life. By the time she completed her third and final infusion, her mood and outlook on life had completely changed. “My depression is now joy, my anxiety is now tranquility, and my irritability is now patience. Now, my brain is calm, and my heart is filled with happiness and love.” She said.

Olivia has since become active, engaged and better able to engage in therapy. Today she says her feelings of disconnection and isolation are rare and manageable. The suicidal thoughts are gone. “I can see a tremendous difference in my thoughts, mindset and actions; I remember how my actions used to come from a place of pain, anger and frustration. I have been given a second chance at life and I’m beyond grateful.” she says. “If my symptoms return, I know that RESTORE has my back and that means that there is no room for fear.”

There is hope on the horizon

There is a change coming. New scientific research is shedding light on the potential cause of conditions like depression and chronic pain revolutionizing treatment options. The old way of looking at these illnesses was based on the belief that depression, and other mood disorders, was the result of low brain levels of chemical messengers like serotonin or dopamine.

New findings are now revealing that depression and related conditions may in fact be caused by what has been described as a “disconnection syndrome.” It now appears that critical areas of the brain that are involved in emotional processing and pleasure become “disconnected” due to certain genetic or environmental issues and chronic life stress. And that the loss of these important connections is caused in part by a brain messenger known as “glutamate” and not due to low levels of serotonin or dopamine as previously believed.

Based on these new discoveries, many major pharmaceutical companies have been “rethinking” how to treat these difficult conditions with more effective medications. A major breakthrough came in 2000 when it was discovered that an older medication, an anesthetic drug called ketamine, used for over 50 years may be the key to reversing this process. The race is now on, trying to find a new medication, like ketamine, that will effectively restore these lost or “turned-off” connections caused by excessive glutamate.

What about the new nasal spray?

Many believe that we may have found a convenient new treatment - called esketamine. Janssen, a division of Johnson and Johnson Pharmaceuticals, has recently obtained FDA approval for the first ketamine-based drug, esketamine or S-ketamine, in a new nasal spray formulation that they will market as Spravato. The hope is that Spravato (esketamine) will “revolutionize” the way depression and other mood disorders are now treated with a much more effective alternative to conventional antidepressant medications.

While some of the esketamine test results have been promising, they fall short of the more dramatic and rapid effects seen with the more effective parent medication – ketamine. Esketamine showed only a very modest effect in just 3 of the 5 FDA trails that were conducted, but they were not nearly as profound as those seen with ketamine.  Unfortunately, a number of the patients in those esketamine trials also experienced negative side effects that lasted for 90 minutes or more after using the spray.

Even so, Janssen has obtained FDA approval and the nasal spray is available.  Unfortunately, it is only 25% as effective as RESTORE, and is very expensive, requiring up to 34 treatments during the first year to maintain any benefit.  While not as effective as ketamine it is a step in the right direction, one that may offer hope to many who do not respond to conventional medications.  On the positive side, it is good to know that a more effective, rapid and safer treatment is available now - RESTORE.

RESTORE is the new “Gold Standard” in rapid and effective therapy

While a ketamine infusion can be very effective, the treatment is not without some issues. Because it was never subject to FDA approval for depression, most insurance companies will not cover the cost.  Also, typical ketamine infusion therapy can be inconvenient and time consuming requiring 6 infusions, one infusion given every other day for 2 weeks and then the need for frequent “booster” infusions needed to maintain improvement.

Realizing the limitations of ketamine therapy, remarkable new improvements have been achieved with the RESTORE infusion. RESTORE is the only ketamine-based infusion that can provide long-term remission of symptoms without the need for continued “maintenance” infusions.  The RESTORE infusion is the new “Gold Standard” in ketamine-based therapy. It only requires 3 infusions over just 3 days and the relief lasts for months and for some - years.  RESTORE is now the most rapid, cost effective and longest-lasting ketamine-based treatment available.

Reboot your life... in as little as one day!

The RESTORE infusion provides a type of molecular “reset” button for the neural connections impaired by stress or depression producing a cascade of effects that begin quickly re-establishing the neural connections that have been lost or damaged, often within hours after the treatment. RESTORE stimulates and promotes the rapid growth and repair of synapses, or connections, in areas of the brain that may play a role in mood, pain and the ability to feel pleasure again.

“If my symptoms return, I know that RESTORE
has my back and that means
that there is no room for fear.”

More than that, research is beginning to show that the rapid pharmacologic benefit is just one part of why RESTORE works so well. Equally important to the rapid recovery of critical neural connections is the profound transformational experience that can occur during an infusion. Patients often describe it as the most significant experience that they have ever had. Many say the experience was key to letting go of past issues and giving them a new perspective on life, making it more meaningful, brighter and allowing them enjoy living again.

If you suffer from depression, anxiety or chronic pain and have not found relief with other treatments, including the ketamine nasal spray (Spravato) or standard ketamine infusions, then RESTORE may be an option for you.