It may come as a surprise to find out that not all ketamine infusions are the same. Although people might say that ketamine is just ketamine, and that is generally true, there is a little more to it than that. Like anything else, depending upon how it is used, the effects can be altered very substantially

As a former Assistant Professor in the Department of Anesthesiology of Yale School of Medicine where the ketamine infusion for depression was first developed in 1994, I have had years of experience with ketamine therapy and developed RESTORE infusions to improve upon the basic ketamine infusion. Using RESTORE, we have successfully treated some of the most difficult cases that have not been helped with any other conventional or alternative medical therapy.

The RESTORE Infusions are very different from the usual ketamine infusion. It is the only ketamine-based infusion, for example, that can provide long-term remission of symptoms in just 3 days with 3 personalized/precision medicine treatments. Up to 85% of our patients with “treatment resistant” conditions including depression and anxiety see dramatic and long-lasting improvement, in many cases remission.

When patients fail to improve after multiple regular ketamine infusions from other providers, they are often referred to us. Even in these extreme cases, the RESTORE Infusion is very effective because it is a very precise and targeted therapy combined with an innovative treatment protocol that greatly improves its efficacy 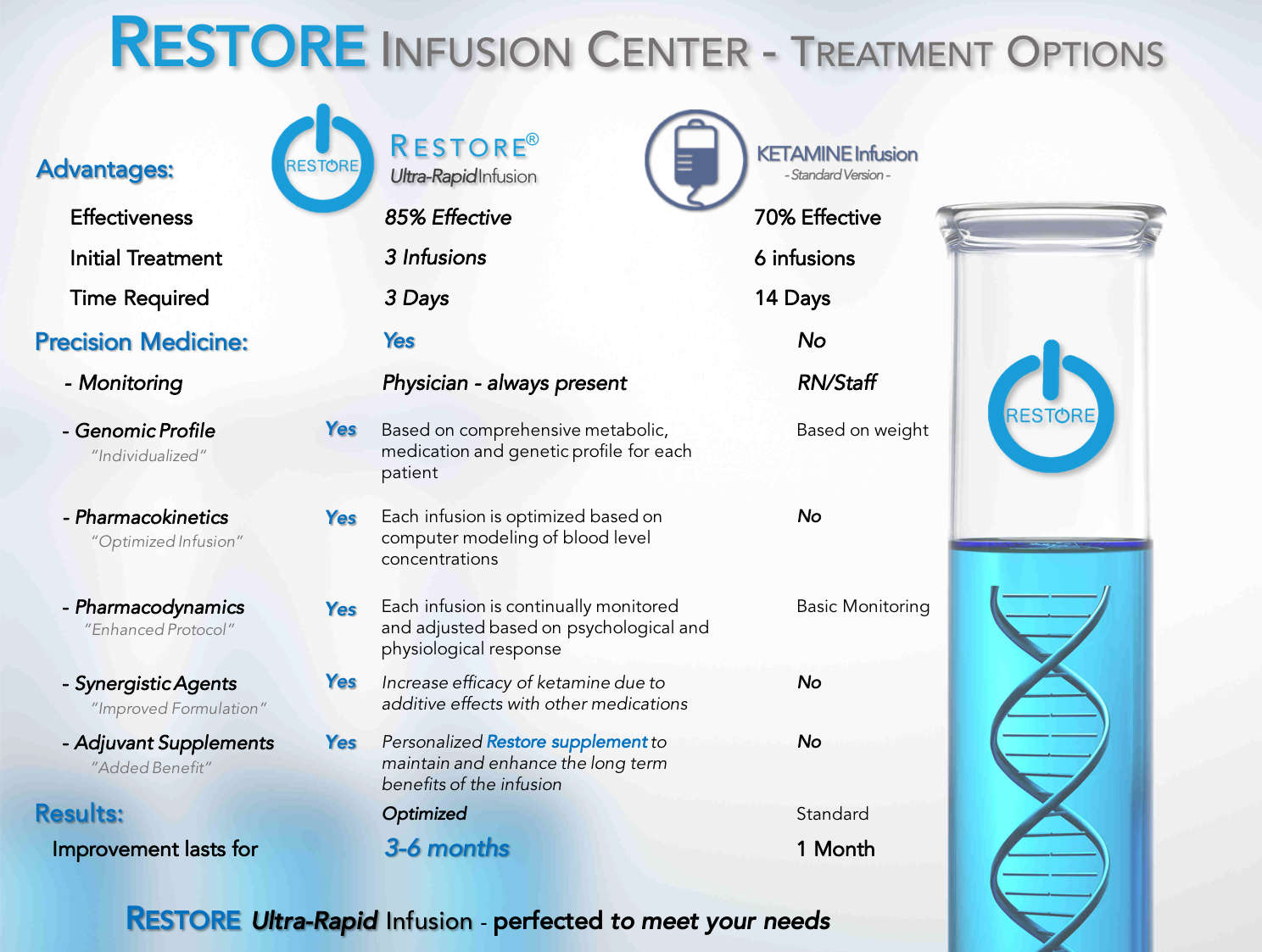 The good news is that if you are suffering with depression and anxiety, you may have a rapid response. Then, to make the ketamine effect last a little longer than just a few days, up to five or more additional infusions are necessary. Now the bad news; even with 6 or more repeated ketamine infusions the beneficial effects are only temporary, usually lasting 3-4 weeks before you need another infusion. So, while the standard ketamine infusion can be very effective initially, clearly it does not lead to long term relief or remission of symptoms. Still, if nothing has helped you in the past and this does then that is still a great benefit. However, we view this as a “band-aid” type of approach, requiring ongoing monthly infusions to keep feeling better but not providing any long-term benefits. Why doesn’t it last longer?

Ketamine is a very “lipophilic” drug which means that it has a natural tendency to quickly and easily accumulate in fatty tissue as opposed to staying in blood stream where it can be delivered to the central nervous system. When ketamine is administered based upon someone’s total body weight and we do not consider body composition (amount of body fat) then under dosing or overdosing is more common than most believe. It goes without saying that this practice can lead to very different responses between individuals. Just look at the picture below – each of these women would receive the same amount of medication if we just considered total body weight: 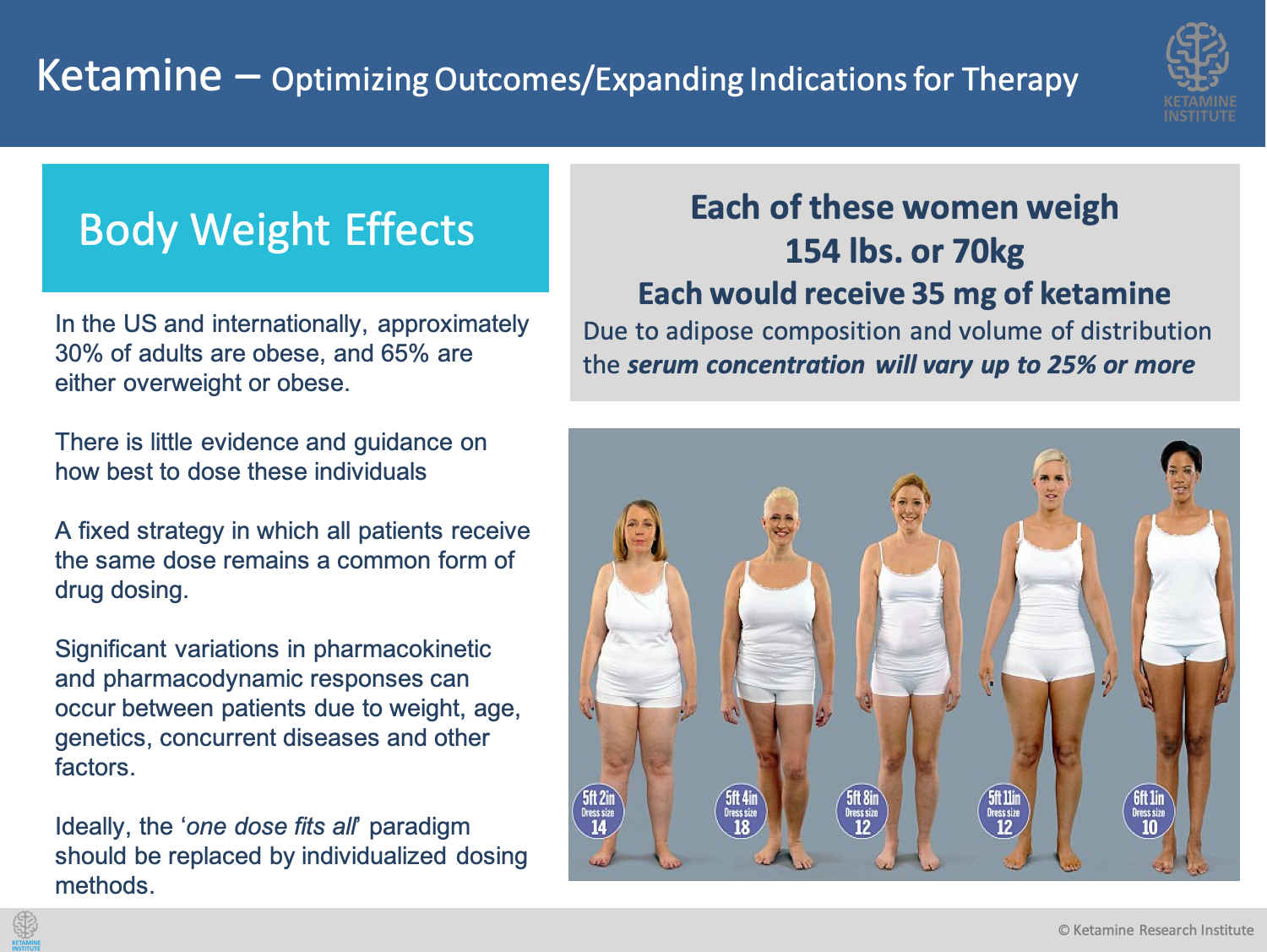 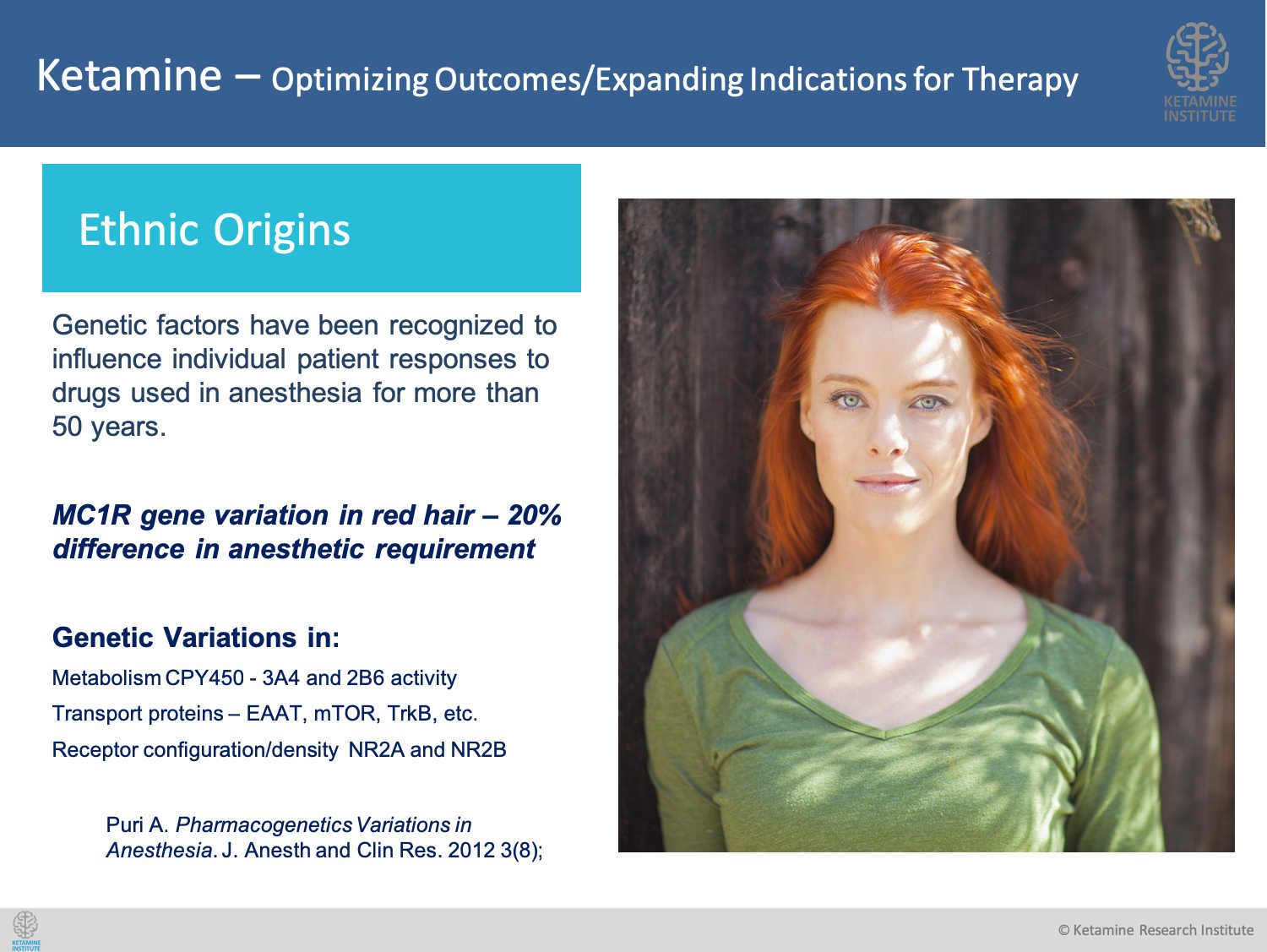 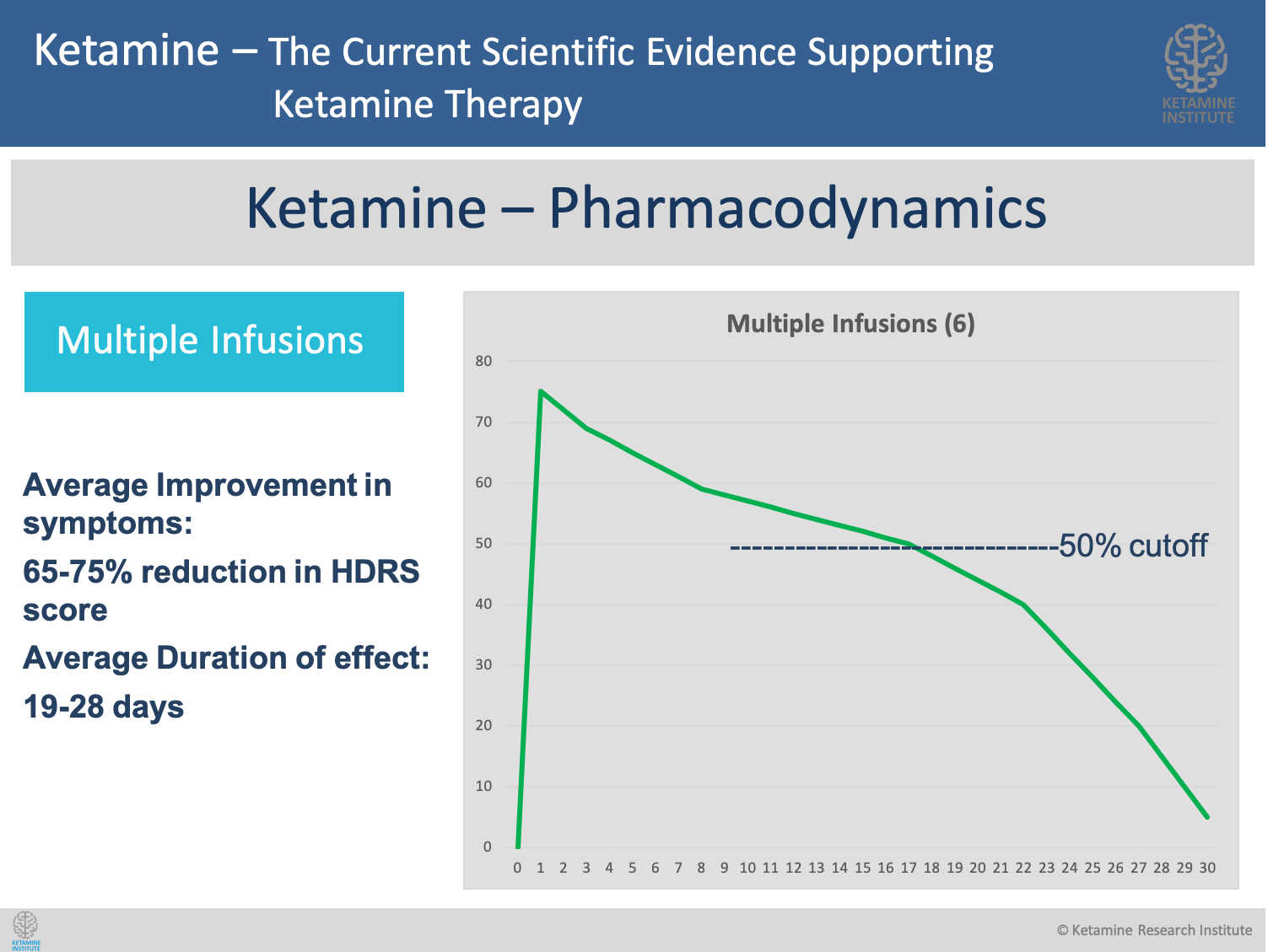 Realizing this, we have utilized it in many ways and through years of clinical use and research, developed different options to increase its remarkable benefits for your treatment that are unique. In addition to the metabolic and genetic optimization of each patient we see, the RESTORE infusion is a unique combination of ketamine and magnesium additives to make it more effective, that it is  administered by our physicians using a proprietary 3 stage variable rate infusion to provide the optimal blood levels for a longer period of time. That is why RESTORE is faster acting, more effective and longer lasting than a regular ketamine infusion.

Let’s look more closely at some of the differences between the infusion options…. 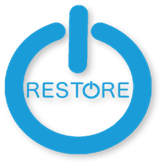