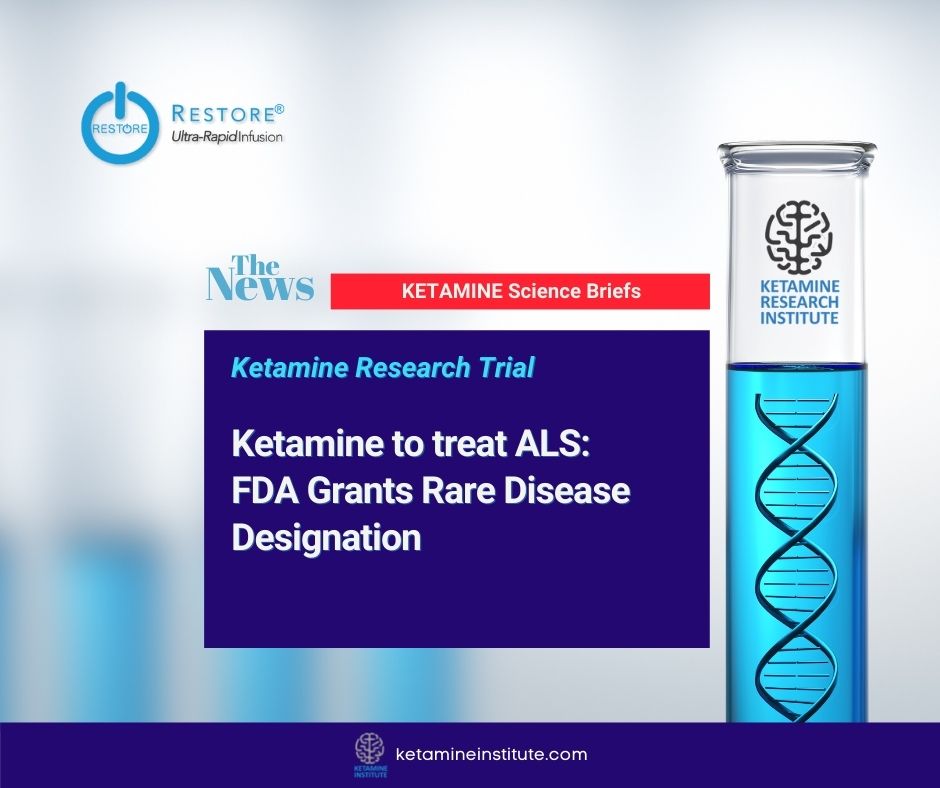 ALS is a progressive neuromuscular disease with a poor prognosis of two to six years after diagnosis. There is no cure for ALS yet. ALS affects roughly 50,000 individuals in the United States and Europe, with approximately 5,000 new cases discovered each year.

As a consequence of ALS, patients experience progressive deterioration in their ability to speak, chew, walk, and breathe as an effect of the disease. Upper and lower motor neurons die as ALS progresses, resulting in the loss of muscle control in the brain. Riluzole, edaravone, and Nuedexta (dextromethorphan HBr and quinidine sulfate) are the only three pharmaceuticals approved to treat ALS.

Unfortunately, these drugs do not provide any evidence of effectiveness in slowing disease progression or increasing survival. As a result, there is an unmet medical need for new pharmacological therapies that can stop or slow the muscle wasting associated with ALS disease progression and enhance the life expectancy of people with ALS.

According to preliminary and patent-pending preclinical studies, administration of ketamine preserves muscle function in ALS and extends life expectancy when given during the early stages of muscular decline. Ketamine works by inhibiting ionotropic glutamate receptors, specifically the NMDA receptor.

As a result, unlike other NMDA receptor inhibitors such as riluzole, ketamine inhibits glutamate excitotoxicity indirectly by lowering intracellular D-serine concentrations. Ketamine also partially activates dopamine receptors in addition to decreasing intracellular D-serine levels. Collectively, these mechanisms of ketamine influence the drug's neuroprotective effects, which may also apply to the motor neurons targeted in ALS.

"Being designated as an Orphan Drug by the FDA is a tremendous validation for ketamine as a potential treatment for ALS, and it allows us to move forward in studying ketamine in a phase 2 clinical study in people with this life-threatening condition," said PharmaTher's CEO, Fabio Chianelli. This designation not only expedites our regulatory, clinical, and product development plans but also validates our belief in the potential of ketamine as a therapeutic solution for neurological disorders."

PharmaTher has an agreement with The University of Kansas (K.U.), allowing it to commercialize the intellectual property of ketamine in the treatment of ALS. The FDA reviewed the research data licensed from K.U., which became the basis for the FDA to grant Orphan Drug Status.

PharmaTher is also in the process of finalizing a phase 2 trial protocol to examine ketamine for ALS in the United States. Ketamine has the ability to significantly improve survival chances and slow muscle degeneration among persons with ALS at all stages of the disease.

The Orphan Drug Act creates an exception for a drug or biological product to treat a rare disease or condition if the sponsor requests it. This designation is known as orphan recognition (sometimes "orphan status"). The FDA gives orphan status to medicines that cure rare diseases, offering financial incentives to sponsors developing drugs and biologics. A rare disease is one that affects fewer than 200,000 people in the U.S. at any given time.

Gerald W. Grass, MD, is the Founder and Medical Director of the Ketamine Research Institute, where he developed the RESTORE infusion technique. His training includes Anesthesiology, Pain Medicine, Neurosurgery, Emergency Medicine, and Alternative Medicine. Dr. Grass has served as an Associate Professor of Anesthesiology/Pain Medicine at Yale University School, where the ketamine infusion for mood disorders was developed. He has written papers, book chapters and given abstract/poster presentations on ketamine-based therapy at national conferences. He has also given numerous presentations about ketamine-based therapy to organizations, including the Yale University School of Medicine, Veterans Healthcare Administration, and the Department of Defense.